The Second Advent of the Lord 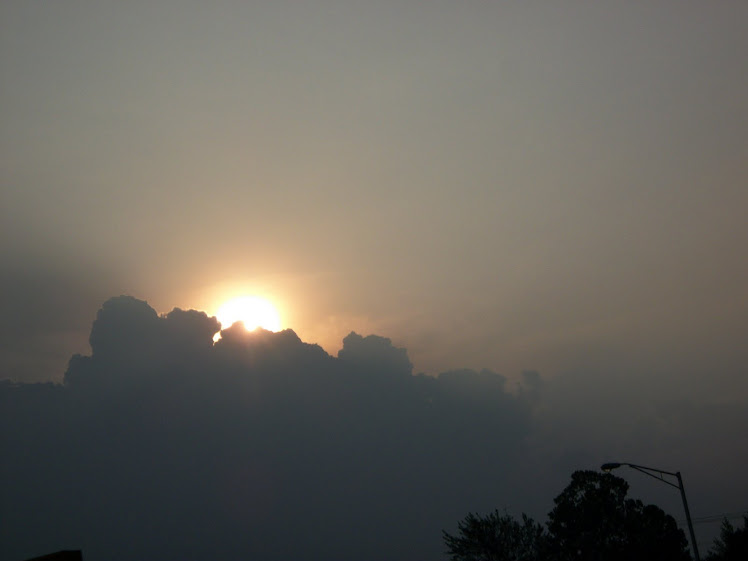 YAHUSHUA Ha MASHIACH will soon be back!

This Article is for those of you who believe and know that GOD exists. (Well, for those of you who don't, you're welcome to follow along, but, I can't guarantee that you'll understand all of it.) We know, from reading the Holy Scriptures,  that there is only one true God. In Exodus 20:2-3, the LORD commanded His people "I Am the Lord thy God, Which have brought thee out of the land of Egypt, out of the house of Bondage. Thou shalt have no other gods before Me." Deuteronomy 6:4 says "Hear, O Yisra'el, the LORD our GOD is One Lord:" From these Scriptures, and there are more, we see that there is only One true Living GOD. All other gods are false. Be they deities, persons or things, they are false gods, and the One true GOD stands alone. But, wait a minute, now...If we read carefully the Verses of Genesis 1:26-27, we will read where it says "And God said, Let US make man in OUR Image, after OUR Likeness:...So GOD created man in HIS own Image, in the Image of God created HE him;...". Well, if GOD is ONE, how then, what then, does He mean when He said "...Let US make man in OUR Image..." Who are the "US" that He was talking to? We know that angels exist. Was He talking to His holy angels, and making Plans with them to create mankind in Their Image? No, that can't be. Angels do not have Powers to create. They are created beings themselves, created, that is, by GOD. For a further understanding of Who the "US" and "OUR" that God was talking with, let's jump way ahead up into the New Testament Gospel Book of John. John 1:1 says "In the Beginning was the Word, and the Word was with GOD, and the Word was God." But, so, Who is this "Word"? A little further down, Verse 14, of that same Chapter, tells us Who that Word is "And the Word was made Flesh, and dwelt among us, (and we beheld His Glory, the Glory as of the only begotten of the Father,) full of Grace and Truth." That Word is "YAHUSHUA", commonly known as "JESUS". For the very familiar Verse of John 3:16 says "For GOD so loved the World, that He gave His only Begotten Son, that whosoever believeth in Him should not perish, but have Everlasting Life." From all of the Verses quoted thus far, we know that there is a Father and a Son within this Entity we call "GOD". But, now, is that all? Is there anyone else to speak of? Glad you asked, yes there is...! If you hop over with me, like a frog, to the prior Gospel Book of Matthew, there it gives an Account of the Baptism of the Word Himself "YAHUSHUA" ("JESUS"). Matthew 3:16-17 says "And YAHUSHUA, when He was baptized, went up straightway out of the water: and, Lo, the Heavens were opened unto Him, and He saw the Spirit of GOD descending like a Dove, and lighting upon Him: And, Lo, a Voice from Heaven, saying, This is My Beloved Son, in Whom I Am well pleased." Okay, so, there was the Son of GOD, in Flesh-and-Blood, standing in the Jordan River, just having been baptized, and this Spirit, like a Dove shines upon Him, and a Voice from Heaven speaking a Word of commendation. Did you count Them all? There were Three Spiritual "Beings" Who all helped play a Role, as it were, in the Baptism of the Son of GOD. The Son of GOD was baptized, the Spirit of GOD shone down on the Son, and after that, a Voice from up in Heaven, called down from Above, in a loud and clear Voice. That was the Father Who spoke those Words of Approval to His Son. Well, then, that's Three Persons. What was it that YAHUSHUA promised to His Disciples in the Gospel of John, Chapter 14: Verses 16 and 17? "And I will pray the Father, and He shall give you Another Comforter, that (He) may abide with you Forever; Even the Spirit of Truth; Whom the world cannot receive...". That's Three Beings there, or, Three Persons rather, Who, all Three, act together in creating and dealing with mankind. There is one other Verse I want to point out, to help smooth out any rough edges, as it were. But, it's a Verse that has been a contraversial one in times past because it's claimed that it "did not really exist in the Original Manuscripts". But, the Content of it seems to match and agree quite beautifully with what has been presented here. And, that is I John 5:7. It reads "For there are Three that bear Record in Heaven, the Father, the Word (YAHUSHUA the Son), and the Holy Ghost (Holy Spirit): and these Three are ONE." Well, so...? Does that mean there are Three Gods or ONE? Which is it? GOD is Three Persons unified into a Divine Unit of ONE. GOD is ONE Divine Family of Three Persons. GOD is not "One Person", like a "Divine Old Man Upstairs in Heaven". GOD is a Family Unit of Three Persons Who are so unified they are as ONE. Even more so, they are ONE. The Scriptures, the Written Word of GOD, tells us so, remember? In Deuteronomy 6:4 "Hear, O Yisra'el, the Lord our God is ONE LORD!" Three-in-ONE. But, does that answer our math question? Does 1+1+1=1? In Business Math, No. But, in GOD's Economy, He alone Who divides and multiplies miraculously, can also add in a miraculous way.
http://www.amightywind.com/